Posted by aletmanski on August 12, 2011 | Featured | No Comments
Summertime and the living is easy.  But no fish are jumping on the west coast.  Instead geese are migrating – already.  They appear to be seeking the same hidden sun as the rest us.  Never mind, a little rain and cool weather is perfect for reading.

Kristie Wang a talented member of the Ashoka Changemaker  team has compiled a summer reading list which I have permission to re-post.  Enjoy wherever the weather takes you!

Wilting from this summer’s record temperatures? We’ve got 10 great books to get you energized.

We asked social innovators from around the globe, including a few members of the Changemakers team, to tell us about their favorite summer reads. From poetry to memoirs to personal wisdom guides, our summer reading list is packed with insight and knowledge that is guaranteed to get you pumped to make change.

So load up your beach bags and e-readers—there isn’t a more perfect way to escape the August heat than a great book (and possibly air conditioning)!

1. The New Harvest, by Calestous Juma 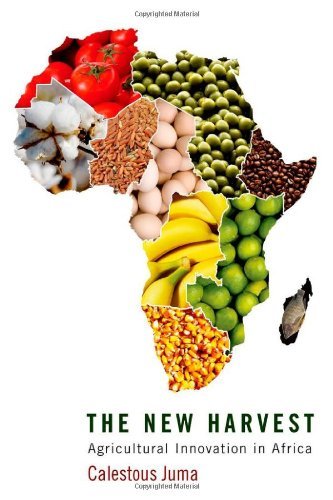 Solar Sister is a social enterprise that works in energy-poor communities in Africa to give women training and support for creating solar micro-businesses, generating household income for women and light for their communities. Solar Sister was recently selected as an Early Entry Prize winner in the Powering Economic Opportunity: Create a World that Works competition and honored by ExxonMobil Foundation through the Women | Tools | Technology competition.

Lucy said: “I read The New Harvest this spring and find myself referring back to it again and again, as this summer the news is filled with the devastation of the drought and famine in East Africa. Calestous Juma writes knowledgably and movingly about the role of innovation and the importance of tradition in agricultural reform.

“His writing particularly speaks to me because he champions the central role of women in the agricultural economy. His story is ultimately one of optimism that Africa has the resources to transform its food production. A welcome glimpse of possibility and hope.”

2. She Walks in Beauty, by Caroline Kennedy

Sylvester said: “Caroline Kennedy’s new poetry anthology collects poems that capture the human experience in all its stages. For me, the language of poetry has the unique ability to illuminate the mysteries of what it means to live on this earth.

“In Kennedy’s book, joy, love, grief, womanhood, growing older, and simply ‘how to be’ are celebrated, meditated upon, and crystalized by authors like Dorothy Parker, Rumi, Amy Lowell, Galway Kinnell, Margaret Atwood, Gwendolyn Brooks, and even Queen Elizabeth herself. The collective wisdom contained on these pages is simply phenomenal.”

Caroline Kennedy is currently a judge in the Partnering for Excellence: Innovations in Science + Technology + Engineering + Math Education competition.

3. Dogs at the Perimeter, by Madeleine Thien

Recommended by Al Etmanski, president and co-founder, Planned Lifetime Advocacy Networks (PLAN)
PLAN helps families across Canada and globally addresses the financial and social well-being of a relative with a disability, particularly after their parents die. The author of two best-selling books, Etmanski proposed and led the successful campaign to establish the world’s first Registered Disability Savings Plan (RDSP). Etmanski was elected to the Ashoka Fellowship in 2003.

Etmanski said: “Vancouver-raised but now Montreal-based, Thien explores the repercussions of being the sole survivor within a family of a traumatic event like the killing fields. Set in Montreal, Vancouver, and Cambodia, she deserves to win awards for her latest book.

“Thien unveils the dreadful truth about evil, and in doing so enhances our understanding. See also her companion website.”

Recommended by Scot Gilmore, founder and executive director, Peace Dividend Trust Prior to founding Peace Dividend Trust (PDT)
Gilmore was a Canadian diplomat. He last served as Deputy Director for South Asia, working on Canada’s integrated defense, development, and diplomatic assistance to Afghanistan. In 2001, Gilmore was the Deputy National Security Advisor of the United Nations peacekeeping mission in East Timor (UNTAET) responsible for the creation of the defense department, as well as the development of the national economic security policy. PDT was selected as a winner of the G-20 SME Finance Challenge competition.

Gilmore said: “In 1994, I resigned my job as a diplomat to launch Peace Dividend Trust, a social enterprise that champions local entrepreneurs to build markets and create jobs in developing countries. The book that inspired me to make this leap was the memoir, Eastern Approaches, by Fitzroy Maclean.

“He was a diplomat who also quit his job, but he enlisted to serve in the Second World War. His adventures took him across Europe and Central Asia and placed him at several key historic moments. Maclean’s improbable life demonstrated that great things always begin with personal decisions to do more, go farther, and test new ideas. Later on, we had a banner in our office that read: ‘What would Fitzroy do?’ I still ask myself that.”

5.The Four Agreements: A Practical Guide to Personal Freedom, A Toltec Wisdom Book, by Miguel Ruiz

Prior to joining Ashoka, Middleman worked as a Democratic fundraiser and campaign consultant, served as a Peace Corps volunteer in Ghana, and has lived in Egypt where he earned a Masters degree in International Relations from the American University in Cairo. He is an avid tennis player, admirer of Saul Alinsky and Kurt Vonnegut, and lifelong fan of the New York Football Giants.

Middleman said: “Self actualization in 180 pages . . . need I say more? Ok, I will. ‘Self-limiting beliefs rob us of joy and create needless suffering.’ Ruiz points out the manner in which this happens in our lives and, once recognized, how we can break free of this way of viewing ourselves in the world.

“This is one of many books that speaks to my constant urge for positive change (or improvement) both internally and externally. Through this guide for the individual, Ruiz challenges the conventional or received wisdom of our many social institutions, suggesting that much of what we take for granted, and believe unquestioningly, must be reexamined if we are to achieve true potential both individually and as a society.“

6. The Long Road to Industrial Revolution – The European Economy in a Global Perspective 1000 – 1800, by Jan Luiten van Zanden 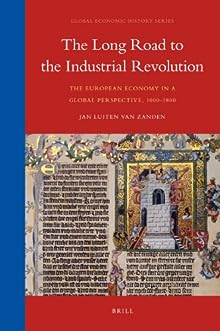 Schellekens said: “One book that has recently inspired me is The Long Road to Industrial Revolution, by Jan Luiten van Zanden, professor of economic history at the University of Utrecht in the Netherlands. From studying history we can draw lessons and develop concepts that can be used fruitfully in the study of developing economies, and vice versa.

“Particularly insightful is the way in which van Zanden applies the view that efficient institutions lead to lower transaction costs and higher levels of trust, which has profound effects on economic growth. (‘The quality of the institutional framework of a nation or region is crucial for it’s economic performance and development,’ wrote van Zanden.)

“He stresses the importance of institutions in the performance of markets: Greater access to markets (most importantly labor and capital markets) leads to deeper and thicker markets for commodities as well as production factors. Access to financial instruments is enlarged, and interest rates are lowered.

“In this way we try not only to make concrete investments possible, but try to raise the level of trust and lower the interest rates. Having read van Zanden’s book, we are convinced that this is the most effective use of donor money to drive economic development.”

7. One from Many: VISA and the Rise of Chaordic Organization, by Dee Hock 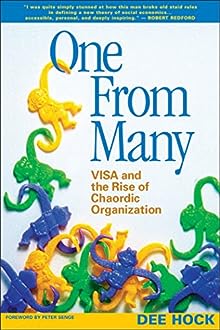 Recommended by Jordi L. Ramot, CEO, Wikiloc
Ramot is a software engineer who specializes in the geospatial interoperability field. In 2006, he began to work on Wikiloc in his spare time. Wikiloc is a Web 2.0 platform and a growing community of thousands of outdoor enthusiasts who share the best outdoor routes from anywhere around the planet. Wikiloc was selected as a winner in the Geotourism Challenge 2009: Power of Place – Sustaining the Future of Destinations competition.

Ramot said: “This thought-provoking book starts as an autobiography of Dee Hock, the visionary behind VISA, and continues explaining the decisions, successes, and difficulties encountered in the process that led VISA from its inception to the worldwide service that many of us use daily.

“VISA’s ubiquity is often compared to the Internet. According to Dock, such a global scale private organization could never be envisioned through the industrial revolution’s hierarchical ‘command and control’ approach. Instead, he found inspiration in the way nature — soils, plants and animals, weather — organizes in apparent chaos (hence the word ‘Chaordic’) but evolves in perfect harmony.

“Hock wrote, ‘People are not things to be manipulated, labeled, boxed, bought, and sold. Above all else, they are not human resources. They are entire human beings, containing the whole of the evolving universe, limitless until we start limiting them.’

“That is, in my opinion, the essence of both the book and his Chaordic Organization, and definitely the reason for the worldwide success of VISA. Thanks to Keith Hammonds from Ashoka’s News & Knowledge blog for recommending this book to me!”

8. The Dressmaker of Khair Khana, by Gayle Lemmon

Bosland said: “The Dressmaker of Khair Khana is a great nonfiction story about a woman who risks her life starting and running a sewing business out of her house under the Taliban’s rule in Afghanistan. Lemmon beautifully weaves together history, feminism, and the importance of income generation in maintaining a peaceful and prosperous society. It is an incredibly poignant and uplifting read.”

Gayle Lemmon is currently a judge in the Powering Economic Opportunity: Create a World that Works competition.

Cunha Linke said: “The story is set in the former Portuguese colony of São Tomé e Príncipe, off the west coast of Africa, during the beginning of the 20th Century. These were the last years of the monarchical regime in Portugal.

“Luis Bernardo Valença, the protagonist, is a young entrepreneur in Lisbon, with liberal views about slavery in Africa (which was, in theory, already abolished). He was then invited by the Portuguese King Dom Carlos to become the Governor of São Tomé e Príncipe. He had a difficult task, though, as he needed to reconcile the slavery system prevailing in the islands with the threatened embargo by the British cocoa importers.

“The protagonist is an urbanite, used to the amenities offered by his Lisbon life, and all of a sudden needs to deal with all the challenges of living in Africa. It is fascinating to navigate with him the antagonisms that are inherent to the relationships during that time – Blacks vs. Whites / Slaves vs. ‘Masters’ / Outsiders vs. Insiders / Colonialists vs. Liberalists.

“He needed to learn the ‘truth’ about slavery in the islands (which was illegal), without letting it be exposed to the international community. And so he does, trying to deal with all the different perspectives, but always loyal to his understanding about what was right and moral in face to such a brutal system.

“One century later, this plot is still pertinent: In order to be an innovator in our community, we need to learn from a vast spectrum of truths and reconcile different ends of the same string, including our own gut instincts about what is right.”

10. Half the Sky: Turning Oppression into Opportunity for Women Worldwide, by Nicholas Kristof and Sheryl WuDunn

Ko said: “I read this last summer, and it is a great book about women and their perceived ‘places’ around the world. Half the Sky acknowledges the grey area that women fall into when it comes to having power and value socially, economically, and politically.

“It highlights the disparate trade-offs women are forced to make and how complicated solutions can be, yet how important it is that we work toward improving the livelihood of women around the world. It also shows that there are ways to aid women and allow for a ripple effect of empowerment generationally and geographically.”